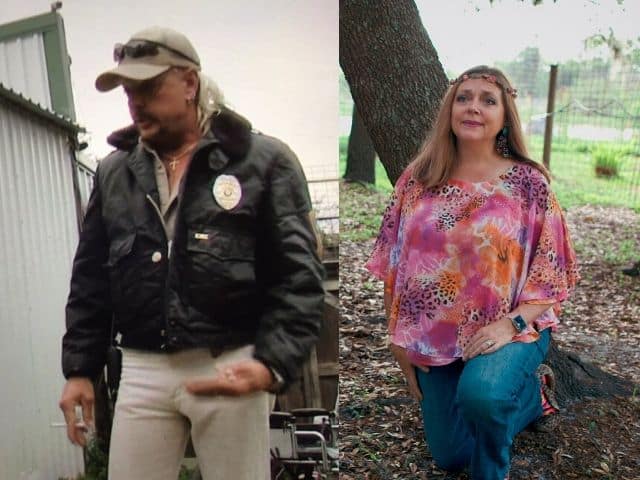 After being granted control over Joe Exotics zoo, Carole Baskin has today began advertising for a new EMT to replace the Tiger King star, Joe Exotic.

“It’s a shame that Joe’s in jail,” said Carole, “even though we don’t get along, I still give him credit where it’s due for being an outstanding EMT.”

“He can rock that jacket better than any other EMT I know” said Baskin.

Joe Exotic, who was recently named EMT of the Year for his heroic actions to save a colleague who had been bitten by a tiger, now resides in isolation at the Federal Bureau of Prisons Facility in Texas after a COVID-19 outbreak in his original prison location in Oklahoma.

“I can’t believe that b*tch Carole Baskin is gonna try and replace me!” Joe Exotic wrote in a letter to our reporter. “I’m the best damn EMT to grace that zoo with my presence!” he continued in the explosive tirade.

One of Joe’s 4 Prison husbands/cell mates also wrote to us, describing the incident as a terrible mistake.

“We all know that all it takes to save a life as an EMT is to wear that EMS Bomber Jacket and Shiny Badge. No one can do it better than the Tiger King.” Said the prisoner.

It’s hoped that upon Joe’s return to Oklahoma Prison, he will be recruited to join the prison’s medical team. The prison’s warden yesterday said in a statement that upon his return, Joe will be provided with an EMS jacket & Badge so that he can respond to stabbings within the prison.

*This article is purely satire. (Duh).*